You are using a web browser that may not support the design features on this site.

For the best experience, please switch to another browser. We recommend Chrome or Firefox.

Lone Oak Dental > FAQs > Why is Vaping Bad for Your Mouth?

Why is Vaping Bad for Your Mouth?

Vaping or e-cigarettes have become very popular with teens and young adults.  When e-cigarettes were first launched, many people believed they were a safe alternative to traditional cigarettes as they do not contain tobacco.  Time and research are telling us otherwise.

Here are some of the harmful effects we are seeing from vaping: dental decay, recession, gum disease and oral cancer.

Chemicals such as nicotine that are added to e-cigarettes can lead to a dry mouth.  Another chemical added is propylene glycol which breaks down into acetic and lactic acid.  Both of these acids destroy enamel. The decay seen with vaping is very similar to that seen with soda, often at the gum line and around old fillings.

Nicotine, whether from cigarettes, cigars or vaping, reduces blood flow.  This results in death of gum tissue leading to recession and potentially gum disease.

When first introduced to the market, e-cigarettes were thought to be safer than cigarettes.  Researchers are finding chemicals such as formaldehyde, acetaldehyde, diacetyl and lead in the vapor produced by vape devices.  These compounds and heavy metals can lead to cancer, lung disease and heart disease.

We encourage you to seek professional assistance if you are considering quitting vaping.  Getting a professional involved will greatly increase your chance of success! 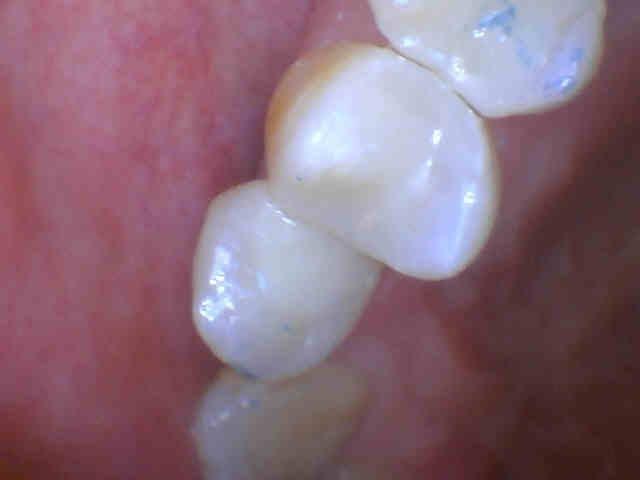 Thanks - We received your message and someone from our office will be contacting you shortly.

Like us on FacebookWatch our Youtube VideosLeave a Google ReviewVisit us on YelpBingFourSquare
If you have difficulty using our website, please email us or call us at (605) 697-6212
View the ADA Accessibility Statement
Turn on ADA Views
Contact Us Today
Give Us A Call
Lone Oak Dental - (605) 697-6212
Send Us an Email
Expanded Details View
This Patient's Experience
Loading Testimonial...
Loading Case...